Other name: Blue 50m
Description
When two friends compete and one wins, can they remain friends? Zhang Ruo Chen (Zhao Zhi Wei) and Cheng Zhe Hai (Xu Yang) are two friends who share a love of swimming and hope to make the national swim team some day. But during the national swimming championships, the friends end up competing against each other and Ruo Chen wins. After the competition, Zhe Hai disappears without a word. Two years later, Ruo Chen and Zhe Hai meet up again at the same sports school, but Zhe Hai has lost all interest in swimming. What will become of the two former friends, and will they compete again? “Take Your Mark” is a 2017 Chinese web drama series directed by Huang Yuan Da. It is based on on the comic “Blue 50M” by Nai Ao Mao. Take Your Mark ss1.
Country: Chinese
Status: Completed
Released: 2017
Genre: Idol Drama, Sports, 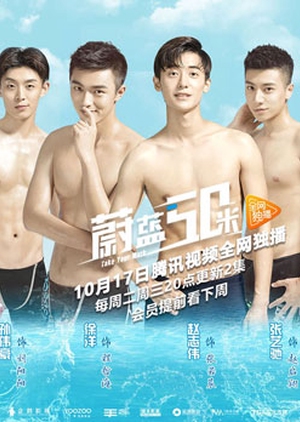